We stayed at a number of lovely parks along the way home; three that stand out the most were Hartwell State Park, South Carolina, Tannehill Ironworks Historical State Park in Birmingham, Alabama and Tyler State Park in Texas.

Hartwell State Park is a sleepy little park right off the highway 85 on our route to Alabama.  The RV sites are on a peninsula of a large water reservoir so that each site has a water view.  It was a convenient respite from a long day of traveling.  In the early morning there was a fog or as I like to call it, smoke on the water that gave the area a wonderful mystical feeling about it.  At one end of the park was a very nice open area for Vegas to have a little off leash time to expel some energy.  She was running around at full speed until she came to an abrupt stop just short of going over a 20-foot drop off the cliff into the lake below.  I think we both almost had a heart attack, I know I am still traumatized by the event.  Needless to say, she was quickly put back on her leash and we headed back to the RV to get ready to depart for the days travel.

Tannehill is the site of an ironworks facility that produced the major supply of pig iron to the confederate army during the civil war.  Portions of the original ironworks structure still stands.  There were several large log cabins and a pretty little stream running through the park.  The Park also holds a Halloween Festival each year and campers had already claimed there spots and put up elaborate decoration displays.  It was like walking through a trail of lights Christmas display except it was all Halloween themed, orange twinkle lights, laser lights, blow up spooky creatures and graveyards.  It was quite something.  In fact, we stayed at several parks in Kentucky and Tennessee that also had a Halloween theme going on with most having trick or treat Saturday nights.  We did not experience this in the Texas parks.

Tyler State Park is a large park north of Tyler with a 64-acre spring-fed lake and 100 foot tall pine trees.  We were looking forward to renting a boat the morning before we left but a cold front moved in with rain.  We were disappointed but really enjoyed the evening before looking out over the lake and the tranquility of the park.  We definitely want to return to Tyler State Park in the future.

This marked the end of our October 2017 travels as we arrived home to Austin the next day.  We had a fabulous trip and are already looking forward to planning another adventure. 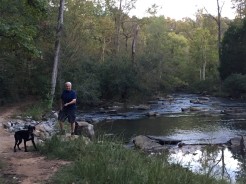 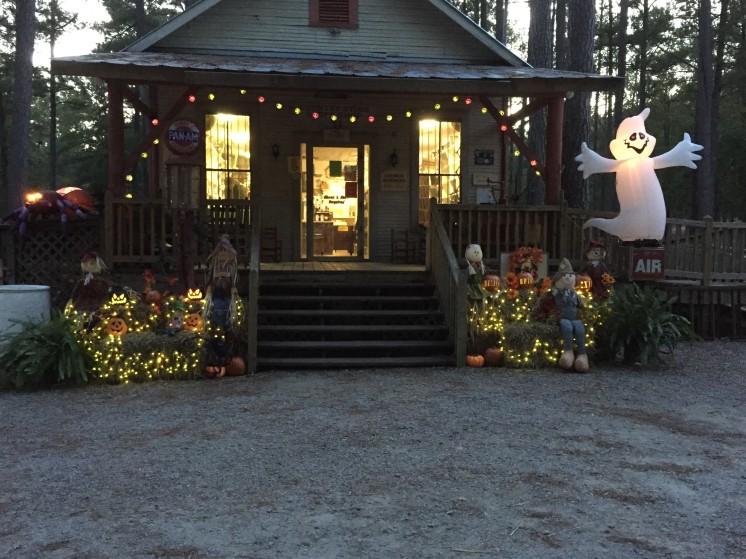